Hi, what are you looking for?

this is a test 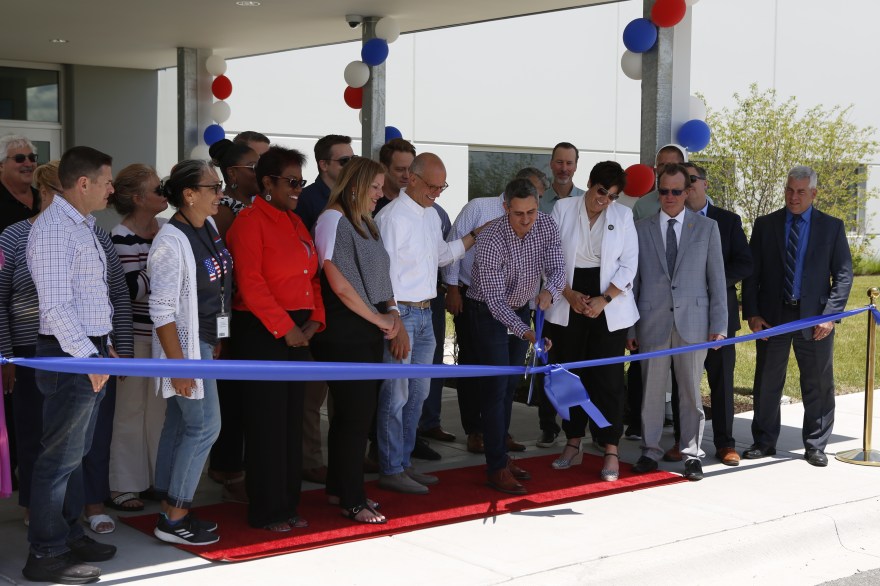 Harbor Freight Tools today opened a new distribution center in Joliet, Illinois, which is expected to bring 800 new jobs to the area.

The 1.6 million square-foot facility will allow the retailer to efficiently deliver products to more than 300 stores in 16 states in the Midwest. Harbor Freight Tools is one of the nation’s fastest growing retailers, opening several new stores a week. In the last 12 months, the company has opened 132 new stores in the U.S. and expects to open about 100 more by the end of this year.

“The new distribution center in Joliet is a game-changer for Harbor Freight Tools. It will be much easier to stock our Midwest stores and to get our customers the tools they need,” said Mark Calloway, divisional vice president and general manager of the new facility. “The new distribution center will reduce the company’s carbon footprint by eliminating the need to transport products to the region from either coast.”

Previously the 300 Midwest stores were served by two faraway distribution centers in California and South Carolina. The new state-of-the-art center contains the latest technology, including automatic storage and retrieval and robotic operations. Hiring is underway for the site, with approximately 800 jobs with competitive wages and benefits expected to be added over the next 18 months.

On June 29, the company will be holding a job fair for applicants at the Clarion Hotel in Crest Hill (411 S. Larkin Avenue) from 10 am to 1 pm and 3 pm to 7pm. Open positions include Warehouse Associates, Equipment Operators, Warehouse Operations Associates, and Facilities Technicians. Applicants can also apply online at www.harborfreightjobs.com.

Harbor Freight Tools has a long history in Illinois, opening its first store in the state 20 years ago in nearby Aurora. The company now has 38 stores in Illinois, with four more slated to open in the next year.

“The company is grateful for our terrific Joliet partners, including the local contractors and crews who built this remarkable facility despite all the recent challenges. While Harbor Freight operates nationwide, we pride ourselves on being a local business, and giving back to the communities we serve is one of our core principles,” said Calloway. “We couldn’t have achieved this milestone without the invaluable involvement of the Joliet and Will County officials.”

In recognition of the importance of public high school trades education for the country’s future, and the career pathways being developed in the Joliet community, the Harbor Freight Tools Foundation, LLC provided a $100,000 grant to the Joliet Township High School District #204. Harbor Freight Tools Foundation, LLC is a subsidiary of The Smidt Foundation, a private foundation established by Eric Smidt in 2016 to support programs and organizations dedicated to creating economic opportunity and advancing justice, equality, and safety for all.

In addition, the company itself is donating $10,000 in gift cards to help update and furnish trades classroom spaces at two local high schools, Joliet Central High School and Joliet West High School, as well as a Full Bank Tool Cart in the school’s colors to each school.

The grants were presented at an official ribbon cutting ceremony attended by Joliet Mayor Bob O’Dekirk, Will County Executives Jennifer Bertino-Tarrant and Doug Pryor, President, Will County Center for Economic Development as well as officials from the Joliet Township High School District and Harbor Freight Tools. 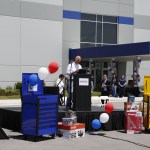 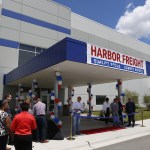 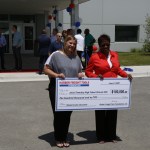 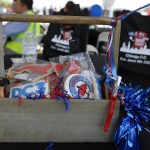 When you visit our website, we store cookies on your browser to collect information. The information collected might relate to you, your preferences or your device, and is mostly used to make the site work as you expect it to and to provide a more personalized web experience. However, you can choose not to allow certain types of cookies, but if you do so, it may negatively impact your experience of the site and the services we are able to offer, and you may not be able to fully use certain portions of the site. By clicking “Accept”, you consent to the use of ALL the cookies. However you may visit Cookie Settings to provide a controlled consent.
Cookie settingsACCEPT
Manage consent

When you visit our website, we store cookies on your browser to collect information. The information collected might relate to you, your preferences or your device, and is mostly used to make the site work as you expect it to and to provide a more personalized web experience. However, you can choose not to allow certain types of cookies, but if you do so, it may negatively impact your experience of the site and the services we are able to offer, and you may not be able to fully use certain portions of the site. Click on the different category headings to find out more and change your default settings according to your preference. You cannot opt-out of our Strictly Necessary Cookies as they are deployed in order to ensure the proper functioning of our website (such as prompting the cookie banner and remembering your settings, to log into your account, to redirect you when you log out, etc.). Security & Privacy
Necessary Always Enabled
Necessary cookies are absolutely essential for the website to function properly. These cookies ensure basic functionalities and security features of the website, anonymously.
Functional
Functional cookies help to perform certain functionalities like sharing the content of the website on social media platforms, collect feedbacks, and other third-party features.
Performance
Performance cookies are used to understand and analyze the key performance indexes of the website which helps in delivering a better user experience for the visitors.
Analytics
Analytical cookies are used to understand how visitors interact with the website. These cookies help provide information on metrics the number of visitors, bounce rate, traffic source, etc.
Advertisement
Advertisement cookies are used to provide visitors with relevant ads and marketing campaigns. These cookies track visitors across websites and collect information to provide customized ads.
Others
Other uncategorized cookies are those that are being analyzed and have not been classified into a category as yet.
Save & Accept
Powered by